The first Smurfs Park in China has been operating in Shanghai for two months now. It’s the third such park in the world, with the other two in Spain and Dubai.

The park in Songjiang District offers an immersive “Smurfs” experience of adventure and fun with various entertainment facilities, performances, parades and interactive games. Recreating scenes from the Smurfs secret village, the 20,000-square-meter indoor park has became a new cultural and tourist landmark this summer.

Fiona Li and Shirlene Gu went to the park to check out the Smurfs’ world for their vlog. 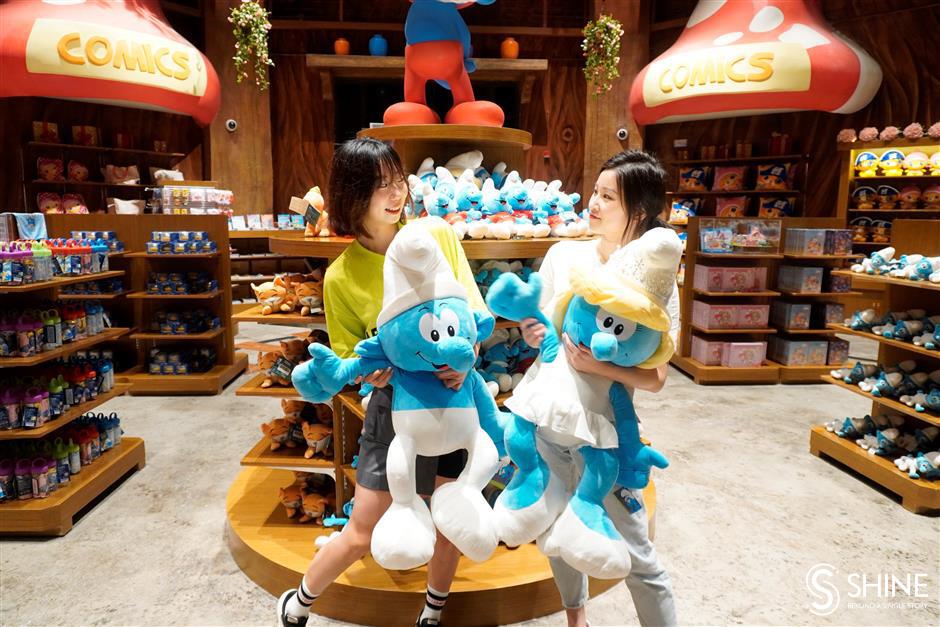 In addition to Smurfs Park, there is the Wonderland Area of Shanghai Shimao Dream City. Located beside the Shimao Wonderland InterContinental (also known as the Songjiang Quarry Hotel), the world’s first five-star hotel built inside an underground, water-filled quarry, the area provides a great view with the unique feature. 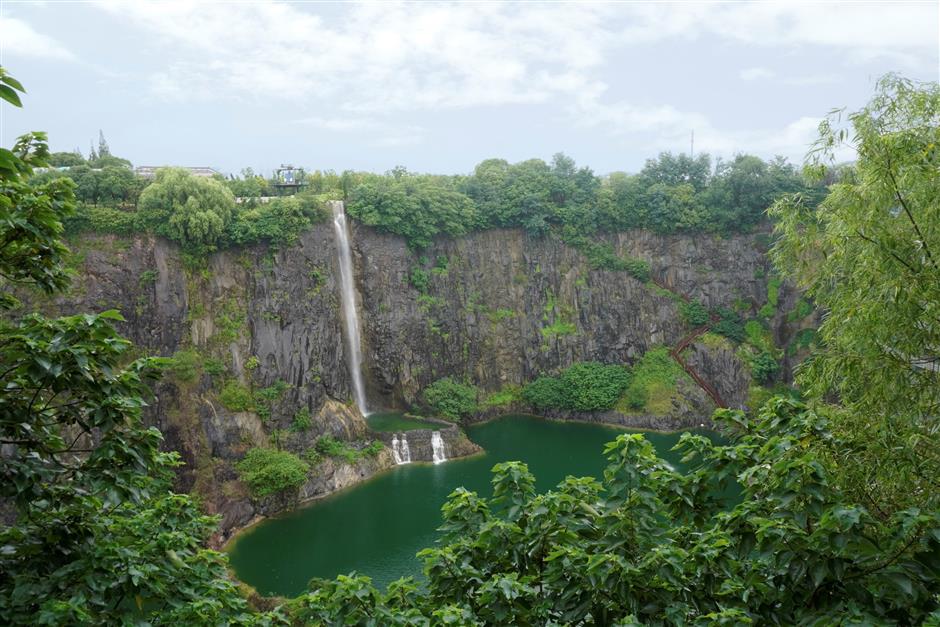 The highlight of the Wonderland Area is Glass Plank Road, a glass-bottomed walkway which is the first in Shanghai built on the edge of a cliff, 88 meters above the ground. It allows visitors to feel the sensation of floating between pools of water and the cliff. Get an overview of the hotel, a large Smurf sits at the bottom of the quarry and is waving to the visitors.

There are also several entertainment facilities inside this area for children, such as a swing, insect world, dream island and adventure kingdom. 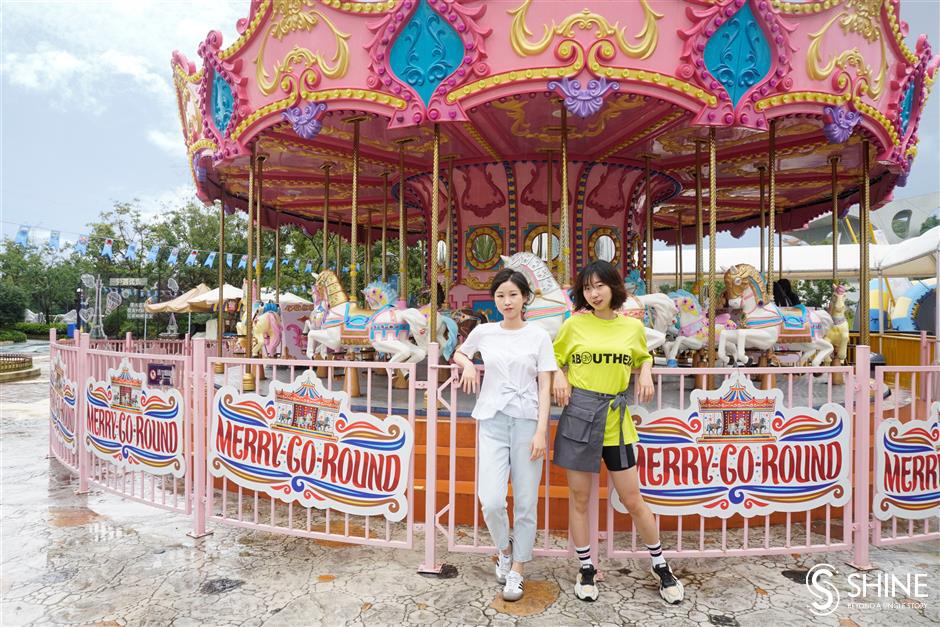 Shirlene (left) and Fiona experience the entertainment facilities inside the Wonderland Area.

Take a Smurfs train to their world

After a thrilling journey on the glass walkway, a Smurfs train will take you to the Smurfs area. It leaves every half an hour, and you’ll arrive at the Smurfs Park in about 10 minutes.

All aboard the Smurfs train.

Don’t forget to take pictures with the Smurf statues at the front gate, then you’ll enter a Kimbaland Guardians area, where children ride bumper cars and race go-karts, and take a journey to the center of the Earth with Chinese cartoon characters created by Shimao.

Going through a giant gate resembling a jungle, there is the hidden world of Smurfs. In this Smurfs’ world, there are three themed zones.

The fantasy forest contains several great attractions and is the gateway to two other zones. The wonderful Smurfs’ Village where children can meet their favourite Smurfs, explore and play in the Smurfs’ houses and go on different rides experiencing how Smurfs live. The other zone is Gargamel’s House where Gargamel develops his plans and formulas that he uses against the Smurfs. Here the visitor awaits an exciting and thrilling time trying to rescue captured Smurfs and escape from the house. 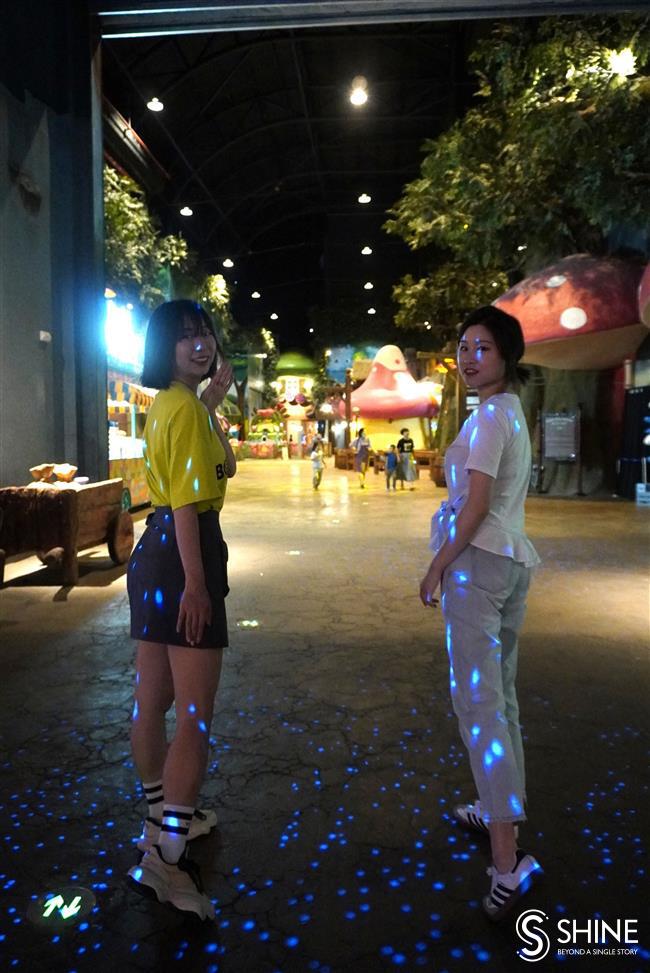 The fantasy forest contains several great attractions and is the gateway to two other zones.

Have fun in the Smurfs’ Village

The village is where children meet their favorite Smurfs, explore and play in the mushroom houses and go on rides.

The most popular ride is the Smurfberry Rollercoaster, a small and self-spinning rollercoaster that mimics the process of how Smurfs make their favorite berry jam. There is always a long queue for it (at least an hour’s waiting time).

It’s more thrilling than it looks, but be careful of your back — there are lots of sudden, speedy plunges during the ride.

Don’t miss the Smurf Mirror, a digital interaction screen that merges people’s faces with those of popular Smurf characters such as Papa Smurf and Smurfette, who’s the only female in the village of the blue creatures. Your Smurf picture can be downloaded by scanning a QR code on the screen.

The Smurfs float parade begins at 2:30pm every day, which is really a mini one with about 10 Smurfs and a handful of dancers and floats.

There are also meet-and-greet opportunities for visitors to take pictures with popular Smurfs characters. It is held about every half an hour right beside the gate of the Smurfberry Rollercoaster. 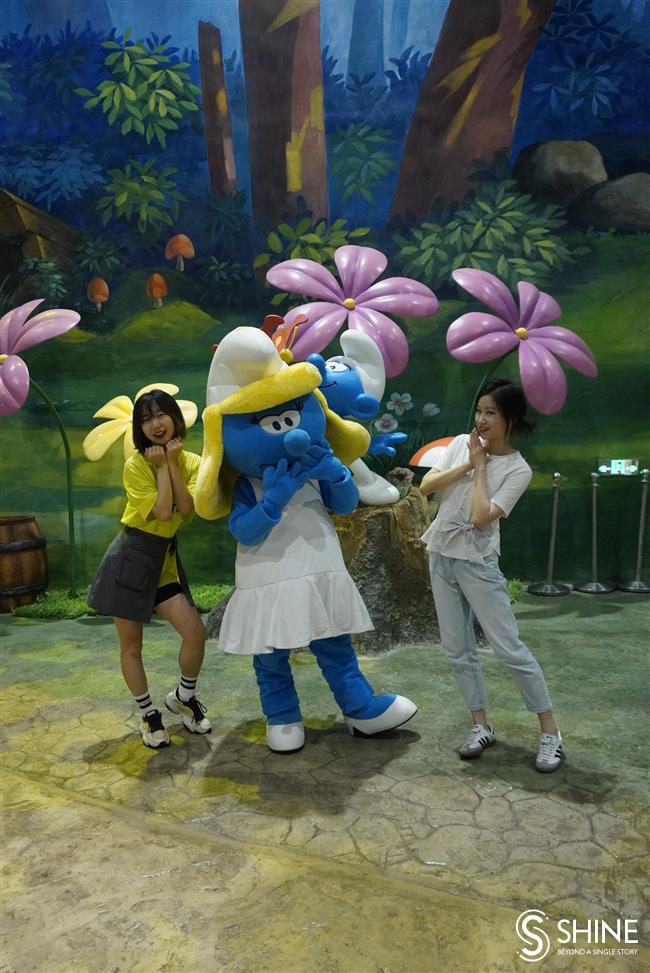 Fiona (left) and Shirlene with Smurfette, the only female in the village of the blue creatures

Hunting for Smurfs in the restaurants and gift shop

The Smurfs’ Restaurant is a great choice for a quick lunch inside the Shanghai Shimao Dream City. It features popular Smurf characters, serves five set meals at affordable prices, also snacks and drinks. The signature dishes are meatball with rice (58 yuan) and pasta with Bolognese sauce (58 yuan), served on Smurf plates. Both have a rich tomato flavor. 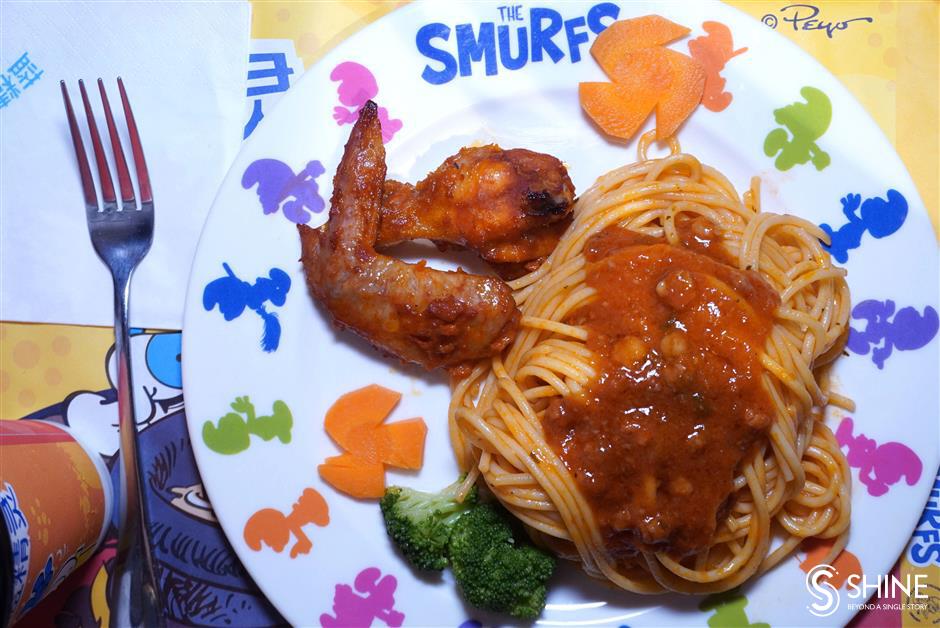 There are some special choices at Gargamel’s Magic Drinks, for example, a coffee latte with Smurfs’ or Gargamel’s portrait printed on the top. Recommended is a limited offer for this summer — seasalt flavor ice cream in a halved watermelon, which is a great choice for sharing. 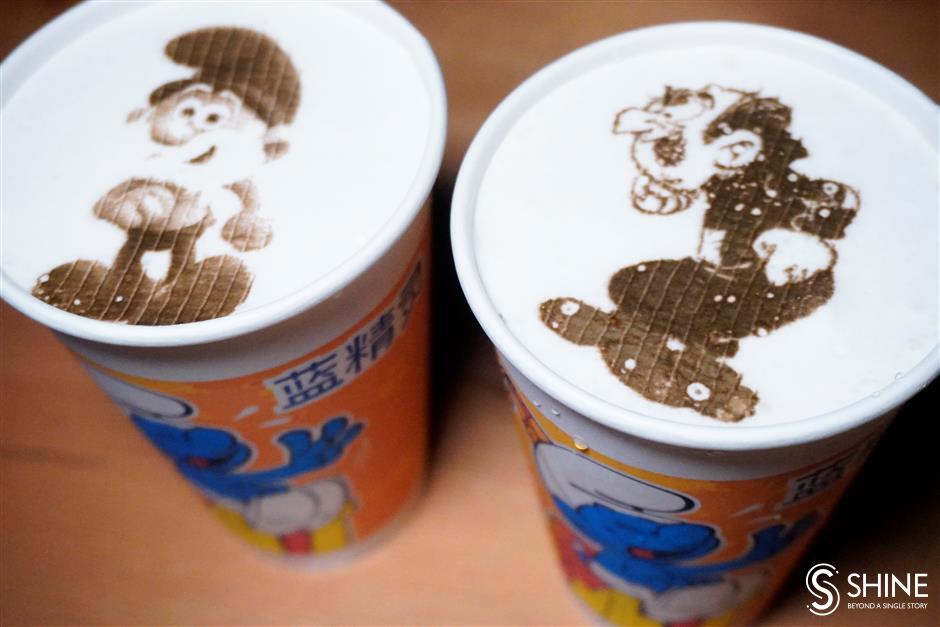 Lattes with Smurfs’ and Gargamel’s portraits

The park’s Smurfs Gift World is the first shop in the city with authentic Smurf souvenirs and is a hot attraction for Smurf fans. You’ll find aisles filled with Smurf toys, and feel free to take pictures with them. The best-seller is a Smurf blind-box, one of 12 different mini-Smurfs will be found in it. As a highlight, it is said that there will be some hidden versions.

Good to know before you go